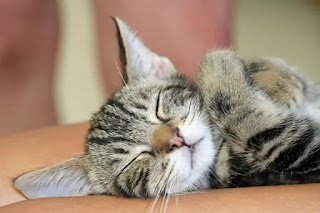 Animals have different sleep durations. For example, a tiger sleeps for 16 hours a day, a lion for 13 hours a day and a horse sleeps for only 3 hours a day. But do animals in general dream while sleeping. And if so, what do they dream about. And how long do their dreams last. Do animals dream in color or is it just black and white? Dreaming is a very well known but poorly understood phenomenon, especially for animals.

Humans mostly dream during the RAPID EYE MOVEMENT (REM) phase of sleep that happens about 90 minutes into falling asleep. During these phase, the eyes move rapidly the heartbeat becomes faster and blood pressure is almost as if one was awake. This phase of sleep is also found in many animals, but to understand what animals dream of we need to get into their heads. Cat's brains have an area that prevents them from moving while sleeping.

In an experiment conducted back in the 1960s, this part of the brain was removed. As a result, cats began moving more during their sleep. As they entered into the REM phase,  they started moving their heads as if they were responding to a call. They even walked around and became predatory like they were chasing mice. Cats sleep for around 15 hours a day. During their sleep, they may start twitching, making odd sounds, or moving their paws as if running, which indicates that they might be dreaming. Some birds also turned out to sing in their sleep. 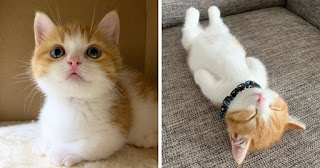 What's interesting is that, when these birds sleep for long periods, they would not only replay their song but also try different variations like changing or tempo. Which means, sleep may not only allow birds to dream but also offers them a chance to be more creative other animals like cuttlefish behave even more interestingly in their sleep.

During their sleep, cuttlefish demonstrate REM like behavior lasting between two and three minutes. When they enter deep sleep, their arms twitch and they even change their body color. No one knows whether or not this change in color is in response to their dreams. Cuttlefish are renowned for their sophisticated camouflage as well as displaying mesmerizing colors to attract their mates and prey.

So it's possible that they're dreaming of chasing a prey going after a mate, or escaping from a predator. So, why are animals being selective at what to remember during their dreams? How do they choose how do they choose what is worth remembering? 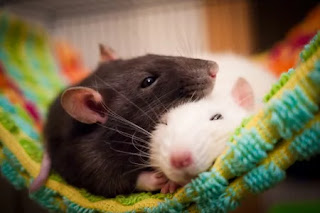 In a fascinating experiment, scientists managed to engineer dreams in rats. They placed rats in a maze and trained them to turn left or right when hearing two different sounds. Sound 1: meant that rats can go right and sound 2: meant that rats can go left. This information was recorded by neurpns that are activated depending on whether rats moved right or left.
After rats went to sleep, scientists played the sounds again. When the sounds associated with the right side was played, neuron-specific to the right side was activated and the dream content switched to the right side of the maze, and vice versa. This indicates that rats might not just be dreaming, but also their dreams could be modified.
Although we have hints that animals dream in their sleep and can even observe and respond to their dreams, we still dont know what they actually feel while dreaming. Do animals remember their dreams after waking up? And can they share their experiences with their mates from the same species? Could we someday visualize their dreams and see what they're seeing? These are some of the most intriguing questions that science is attempting to answer.
featured Science Slider