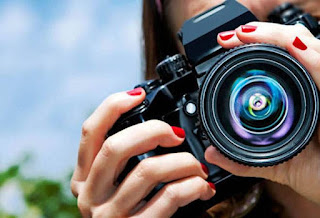 Researchers develop ultrafast camera that films 3D movies at 100 billion frames per seconds. Researchers working on this camera have previously developed a technology that can reach speeds of 70 trillion frames per second. This is fast enough to see light travel. But the camera could only produce flat images. Now, the team created a camera that records 3D video at incredibly fast speeds.

The new camera uses the same underlying technology as the other compressed ultrafast photography (CUP) cameras. But it is capable of taking up to 100 billion frames per second. That is fast enough to take 10 billion pictures in the time it takes you to blink your eye. The new iteration is called SP-CUP or “single-shot stereo-polarimetric compressed ultrafast photography”. In CUP technology, all of the frames of a video are captured without repeating the event.

This makes a CUP camera extremely fast. Researchers added a third dimension to this ultrafast imagery by making the camera “see” more like humans do. When a person looks at the world around them and some objects are farther away they perceive that some objective are closer to them while other. Such perception is possible because of our two eyes. The information from these two images is combined by the brain into a single 3-D image. The SP-CUP camera works in basically the same way.

For example, it can help researchers better understand the physics of sonoluminescence. Sonoluminescence is a phenomenon in which sound waves created tiny bubbles in water. As the bubbles rapidly collapse after their formation, they emit a burst of light. It is considered by many as one of the greatest mysteries in physics