The Evolution of love❤ 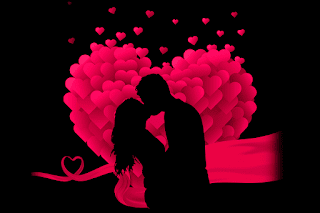 Love might be the best, yet most mysterious and confusing feeling that human experience. Just like any aspect of human behaviour, love is controlled by our Biology and Biochemistry our body has many system in place, from chemical to psychological, which ensure that we fall in love. But why does love exists in the first place? How did it involve across time?

We often think that intelligence is the nemesis of love, you either think with your heart or your mind. But as a matter of fact, intelligence and love share and elements when it comes to evolution. As our ancestor became smarter, their brain grew bigger. But without the bond of love, humans would not have propagated across continents human babies required a lot of love, attention and affection and had a lot of learn before they could become independent. Hence, they relied on their parents to nature them for a longer time. Love did not come out of the blue. It had an evolutionary purpose.

First of all, love made sure our ancestors stayed committed to each other,  which increased their chances of raising children and keeping them alive and consequently leading to the preservation of their gene pool, and at the same time spreading it across continents. One way love did this, was by suppressing the desire to find other mates. Some studies show that people in committed relationships find others less attractive then they would if they were single.

Love also tricks the chemistry of our brains. When we experience love, our brain releases dopamine a hormone and neurotransmitter that gives us pleasure. As love becomes more intense, the brain rewards us with more dopamine.

Evolution has also borrowed some mechanisms from the mother-child love dynamics and used them in creating romantic love. As an example, the hormone oxytocin is released when a mother hugs her child. Similarly, oxytocin leads to romantic bonding between humans, which is why it is sometimes referred to as the "love hormone".

What's even more interesting, is that the more oxytocin receptors the brain has, the stronger, supposedly, the person's marriage bond is and the longer a relationship can last. These rewarding and happiness-inducing hormones and neurotransmitters, ultimately promote the person's brain to stay devoted to their partner who, in turn, helps gather resources and provides protection for the offspring. 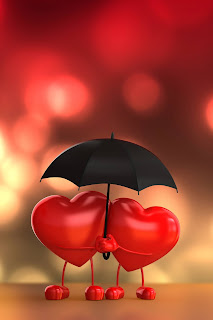 Romantic love also helps to increase the motivation of our ancestors in the challenging task nurturing children until they became independent. For instance, are they only primates that support and nurture their children along with the mothers. Evolutionary speaking, collaboration means higher changes of survival.

That's what love gave us. Love seems to have played an enormous role in enhancing cognitive skills. As human fell in love with each other and formed long-term relationships, they ran into many relationship problems, just like modern day couples. Along with the relationships they formed with their partners, our ancestors also had to learn how to deal with other members of the clan like mothers-in-law, apartner's sisters, brothers, and many more relatives.

They complicated relationships led to humans building a high level of comperative skills and social intelligence, helped our brains grow bigger. The increase in brain size then allowed us to developed language and advanced consciousness.

As such, with just a little bit of love, humans made the final transition from a primitive simple brain to a complex one. However, nowadays we live in a different world. While raising kids remains a challenging task, it has become easier than before. There is no more need to hunt for your food, walks miles to gather it, or protect the cave from tigers. Does this mean that we don't need love anymore? Can our brains slowly devolve back to lovelessness?

To our relife, that is unlikely to happen. Love is here to stay, it still plays a crucial role in interhuman relationships. Even the most primitive parts of our brains, like the tegmental area, a reward hub, and the amygdala, the fear center, are wired to recognize and nature love. So rest assured, even though thousands of years have passed, we still have a strong desire to love and be loved. In the end that is what keeps us humans.