The most poisonous plants on Earth. 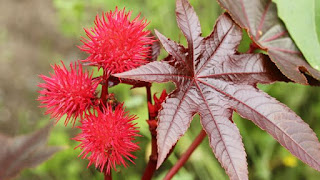 A stinging tree in Australia has driven people and animals to commit suicide. The Gympie Gympie tree is covered with stinging hairs and contains a potent neurotoxin. Which cause excruciating itching and pain when touched. Castor bean is among the most poisonous plants on Earth. Its toxin, called ricin, is more dangerous than snake venom and cyanide. Just 1 milligram of ricin is enough to kill an adult human. water hemlock contains a toxin that works by attacking the nervous system. Causing violent muscle contractions, kidney failure, and eventually death.

The toxin in “the suicide tree” is the lethal murder weapon. Ingesting a single seed from this plant can kill a person in just a few hours. It works by slowly disrupting the calcium channels inside the heart. White snakeroot is so potent that just drinking the milk or eating the meat of a cow that has ingested the plant can lead to severe sickness and even death. Cells of the dumbcane plant contain microscopic needles made of calcium oxalate. Chewing its leaves causes oral irritation, excessive drooling, and swelling. In serve cases, excessive tissue swelling blocks the airways, leading to death. Manchineel tree bears fruits known as “little apple of deaths”. 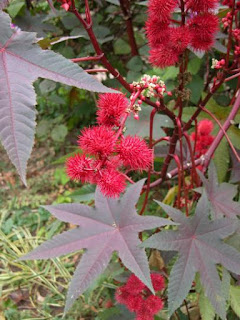 It also produces a sap that results in severe painful blistering of the skin. Even runoff from the tree during a rain can cause blisters on the skin. Jimsonweed (aKA devil’s weed) contains a toxin that acts as a powerful hallucinogen. Another poisonous plants is called wolf’s bane and it’s the ‘queen of poisons’. The plant is so poisonous that it can harm an adult even with a touch. Causing diarrhea and respiratory problems that could lead to death. Abrin, one of the most potent toxins known to man, is derived from the rosary pea.

The toxin is hundred times more potent than ricin. causing cell death by preventing the cells from making the proteins they need. The entire plant of English Yew is poisonous but the seeds are the most toxic. It’s poison can cause convulsions, paralysis, and, in extreme cases, heart failure. Lily of the valley contains deadly poison that can slow down heartbeat. The entire plant of doll’s eyes is poisonous to humans. Eating its berries can lead to cardiac arrest and even death.