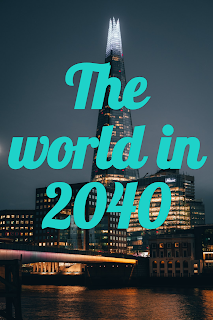 The world's first space elevator nears completion in Japan. Nuclear fusion power enters the stage of commercial availability. Quantum computing chips allow machines to learn faster than ever before. Harvesting resources from the oceans becomes widespread across the globe.

Limited resources and climate change lead to unprecedented epidemic of food riots cases of alzheimer's disease continue to rise among young generations tv becomes extinct as video-on-demand and online media take over tobacco has been largely eradicated across the globe NASA's submarine continues to reach for alien life on Saturn's moon Titan. SpaceX lanches its second manned mission to Mars carring a new group of colonists. New clinical trial tests the possibility of uploading our brains into robotic carries.