How diabetes affects your baby. 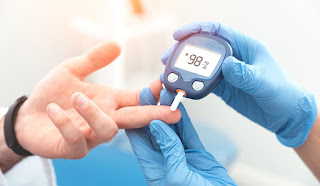 Around 422 million people live with diabetes. In 2016 alone, around 1.6 million deaths were caused by diabetes. Diabetes has affected humans since ancient times. To this day sease does not have a cure, although many people live long healthy live when properly managing diabetes.

It is a chronic disease which occurs when the blood sugar is too high and cannot be properly regulated by the organism. Our body uses sugar, also called glucose as a major energy source but to use a sugar, the body needs to let it into the cells this is facilitate by a hormone called insulin which signals the cells to let sugar in diabetes is a disease in which the body produces in little or no insuline.

In other case it happens when the body can't make use of insulin. Insulin is produced by a special type of cells in the pancreas called beta cells when the black sugar level increases these cells get a signal to quickly make and release insulin maintaining a normal blood sugar level requires an intricate interplay hormones and organs disturbances in this system can cause diseases like diabetes. High blood sugar poses a serious danger to the body. It can deteriote blood vessels and cause other complications sush as blindness excessive urination  heart attack nerve loss kidney failure blurry vision and a tendency to be at higher risk for infections. This diabetes complications can be deffred or avoided with proper disease management.

There are three types of dibeates. Type 1 diabetes your immune system falsely believes that insulin producing cells are a treat and attacks them. As these cells are destroyed the body loses its innate ability make insulin. That is why insulin needs to be taken or else the body cannot function. Diabetes 1 is usually an inherited condition and diagnosed at a young age in type 2 diabetes the body produces insulin but the cells cannot use it as a key to let gluosan that's because they lose their sensitivity towards insuline.

When the body constantly has levels of glucose in the blood, beta cells wear out. Although the mechanism of why cells become resistant to insulin is not yet understood. Factors like extra weight, high-calorie diet,  lack of physical activity and chronic stress often lead to diabetes 2.

The 3rd type of diabetes, called gestational diabetes can happen during pregnancy caring other human being puts challenges on the mother. One of those challenges is making enough insulin for both the mother and her baby often the body cannot manage which leads to the development of essential of gestational diabetes. This type of diabetes usually resolves after giving birth. However, it can cause complication during the pregnancy if not properly managed. In recent years sedentary lifestyles and unhealthy diets have crept into our lives.  This is one of the major reasons why the world is now facing a drastic increase in diabetes 2 amoung young people.

This means that it is possible to put diabetes 2 into remission. One measure could be taken by overweight people. Storing too much fat in the liver and pancreas can spread up diabetes 2 development. However, losing extra weight though lifestyle changes or even surgery can have beneficial results. Although a cure for diabetes hasn't been invented yet there is hope. One possible solution lies in stem cell research. Stem cells are special cells which grow into many different types of cells including insulin-produing beta cells.

Researchers have previously managed to grow beta cells from stem cells in the laboratory setting. However swapping dysfunctional beta cells to healthy ones is not so simple. In diabetes 1 the immune system is attacks beta cells. Different transplatation methods will have to explored. Untill then, our best hope is to maintain a healthy lifestyle.