You can now genetically engineer your baby at a high price. Artificial Intelligence displays a wide range of human emotions. Neurotechnologies enable users to interact with other people by thought alone. Universal vaccine against different types of cancer approved for public use. 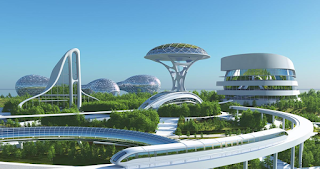 More people are amputating their limbs to install low-cost high-tech prosthetics. Global number of internet connected devices reaches 237,500,000,000. Each user has now around 25 devices connected to the internet. Only electric and hybrid cars are now sold in the UK,  Germany, India, France and the Netherlands.

High-tech, intelligent buildings are now revolutionzing the urban landscape. There is now more plastic than fish in our oceans. We can now capture High Resolution photographs of distant planets. Affordable trips to the moon are now available to the general public.

Now supplies arrive to the permanent human settlement on Mars. You can upload your memories into computers and store them digitally.