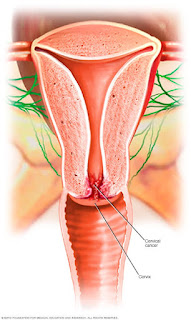 Women who smoke are about twice as likely as non-smokers to get cervical cancer. Smoking weakens your immune system making it more difficult for your body to fight HPV infections on its own. There is also evidence that long-term use of oral contraceptives. As well as being overweight increase the risk of cervical cancer. Woman with a sister or mother who had cervical cancer. Are 2 to 3 times more likely to develop the disease. Cervical cancer often presents no symptoms in its early stages. But as the disease progresses, warning signs may present themselves. 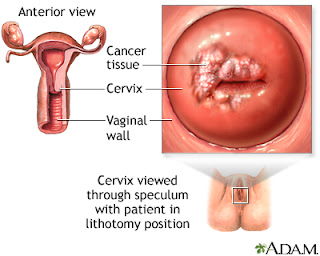 Examples include pelvic pain, abnormal bleeding, painful urination, unusual discharge abnormal menstrual cycles and pain or bleeding after sex. Other symptoms include anemia, urinary incontinence and back pain. Cervical cancer is highly treatable in early stages. Therefore, routine Pap screening is important to check for abnormal cells in the cervix. Most women are advised to get a Pap test starting at age 21. A Pap test involves collecting cells from women’s cervix. Which are then screened for any changes or mutations. Pap tests can also detect changes in cervical cells that suggest cancer may develop in the future.

It is recommended to repeat a pap test every three years for women ages 21 to 65. Although the number of new cases has been declining over the past decades. It is still the fourth most common type of cancer for women worldwide. Australia is set to become the first country to eliminate cervical cancer. It is likely to be eliminated as a public health issue within 20 years. New research predicts that by 2022 cervical cancer rates will drop to less than 66 in 100,000. The means that it will soon be considered a rare cancer. Rates will continue to drop below 4 in 100,000 by 2035.