Kangaroos can intentionally communicate with humans 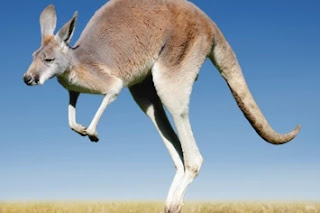 Kangaroos can intentionally communicate with humans, new study reveals. The new findings show that they can also ask humans for help just like dogs. For the study, researchers monitored 11 kangaroos at 3 locations across Australia. The kangaroos involved in the study were never domesticated. The kangaroos were presented with a box filled with food that they couldn’t open. They study revealed that kangaroos gaze at a human when trying to access food instead of attempting to open the box themselves. 10 out of 11 kangaroos actively looked at the person who had put the food in a box. 9 of the 11 kangaroos additionally showed gaze alternations.

This is a more intense form of communication between the box and the person present. The behavior is similar to how domesticated animals would react. The team previously conducted a study that found goats can understand human cues. The include pointing to gather information about their environment. Like goats and dogs, kangaroos are social animal. The adapt their usual social behaviors for interacting with humans. Researchers were able to see that communication between animals can be learned. 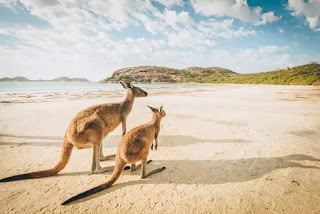 They also found that the behavior of gazing at humans to access food is not related to domestication. Research showed that there is a potential for communication toward humans by animals. The positive results should lead to more cognitive research beyond the usual domestic species. Researchers hope that this research draws attention to the cognitive abilities of kangaroos and helps encourage more positive attitudes towards them.

Kangaroos are Australian endemic fauna. Endemic species are plants or animals that exist only in one geographic region. They can jump 9 meters (30 feet) in a single bound. They can also travel more than 48 kilometers (30 miles) per hour. Kangaroos travel and feed in groups or “mobs”. When chased by hunters with dogs, kangaroos often jump to the water. Kangaroos have an irregular activity rhythm. They are active at night and during periods of low light but it is quite possible to find them out in the open in bright sunlight.

Elon Musk plans to send humans to Mars by 2026

Elon Musk says SpaceX plans to send its first crewed mission to Mars in just 4 years. SpaceX's founder Elon Musk said that he's "highly confident" that the company will launch astronauts toward the Red Planet in 2026. He added that the launch could possibly come as early as 2024. Musk plans for the astronauts include staying on Mars, not just travelling there. The starship will need 6 months to reach Mars which means astronauts inside the starship will be exposed to cosmic radiation. Also, it is not clear yet how astronauts will have enough food, supplies and fuel before returning back to Earth.  Musk said they will try to send an uncrewed vehicle to Mars in 2 years. The two-year target date is related to orbital dynamics. Earth and Mars align once every 26 months in a way that is favorable for interplanetary launches. This mission's starship is 50 meters (165 foot) tall. It will be launched from Earth atop a rocket known as "Super Heavy". The company bu