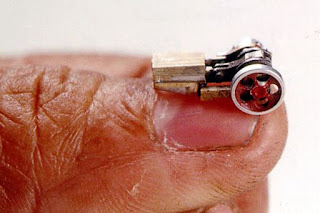 Researchers have created the world's smallest engine. This achievement marks a breakthrough moment in quantum physics. The engine is the size of a single calcium ion. That's nearly 10 billion times smaller than the engine of you car. Engines are used to convert power into motion. Because the engine is an ion, it has an electrical charge. This allows physicists to trap the ion by using electric fields. The electric charge of the ion causes it to spin continuously. Utilising this angular momentum of the ion is crucial to the engine's function. The ion is targeted using laser beams. The heat from the laser beams is converted into vibrations by the angular momentum. 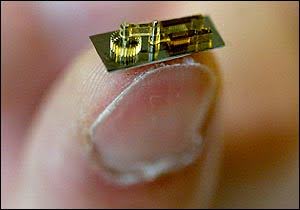 Energy created by the engine is stored in the vibrations. Which means the vibrations work much like the flywheel in your car. But this isn't being used to power vehicles. This engine is being used to measure power at atomic level. At the quantum level, energy is stored in discrete units called "quanta". By observing the output of an atomic-scale motor, these quanta are accurately measured. The physicists by observing the flywheel at its ground state.

In quantum physics, the ground state is the lowest energy level. Over time, the engine caused the flywheel to move faster and faster. Physicists were able to measure the energy state of the ion. And this let them accurately observe the changes in energy levels. This is the first time in history that physicists have achieved such measurements. While the engine won't power cars, it could play a role improving nanotechnologies. 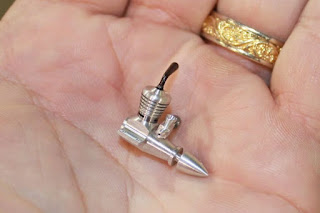 As devices get smaller, heat management becomes a more prominent bottleneck. In order for nanotechnology to continue to advance, the heat problem must be resolved. Devices like this engine could be used to recycle waste heat. And ultimately lead to a major increase in energy efficiency. As well as computers that will operate at significantly faster speeds. The research was performed by an international team from collaborating institutions. Including Trinity College Dublin and University in Mainz.