Autism risk can now be predicated with "100% currency" 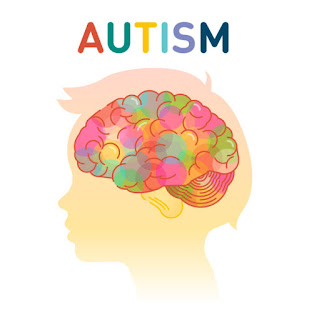 Researchers develop a method to predict autism with 100% accuracy, new study shows. The team used machine learning to find patterns of maternal auto-antibodies highly associated with autism. Auto antibodies are immune proteins that attack a person's own tissues. The study focused on a special type of autism spectrum disorder (MAR  ASD) which accounts for a around 20% of all autism cases. For the study, researchers obtained plasma samples from 450 mothers of children with autism and 342 mothers of typically developing children.

Then they analyzed the samples to detect specific biomarkers to 8 different proteins that are abundant in the fetal brain. From this maternal blood test, researchers identified the 3 key patterns associated with MAR ASD. If the mother has autoantibodies to CRMP1 and GDA, which are the most common pattern the probability of having a child with autism is 31 times greater than the general population. Researchers also found that reactivity to CRMP1 in any of the top patterns increases the probability of a child having more serve autism.

Researchers say that women should have a blood test for these antibodies before getting pregnant. The presence of these antibodies means that the future mother has a very high risk of having a child with autism. If not, she has a 43% lower chance of having a child with autism. Researchers are currently examining the pathologic effects of maternal autoantibodies. They hope to develop therapeutic strategies to block the maternal autoantibodies from the fetus. Antism spectrum disorder (ASD) is a serious developmental disability.

It can cause significant social, communication and behavioral challenges. A person diagnosed with a autism might repeat certain behaviors. ASD can sometimes be detected at 18 months or younger. Genes are one of the risk factors that can make a person more likely to develop ASD. There is currently no cure for ASD. However, research shows that early intervention treatment services can improve a child's development