Octopus guards its eggs for 4.5 years 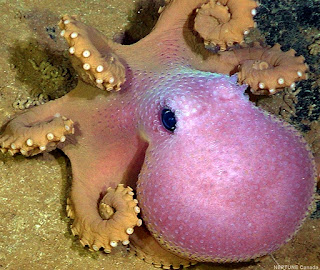 Deep-sea octopus guards its eggs for 4.5 years, shows no interest in food. The Graneledone boreopacifica is a deep-sea octopus which guards its eggs longer than any other on the planet. It can be found in both the Pacific and Atlalntic Oceans. After lying eggs, female octopuses do nothing but protect and take care of their eggs. Their brains shut down except for the optic glands, which remain functional. Without them, female octopuses would abandon their eggs and resume feeding. The mothers then remain stationary for months to years depending on the species of octopus. 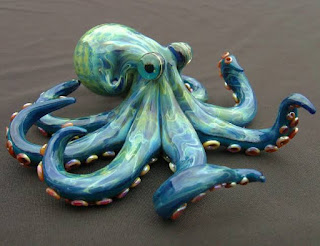 They show no interest in food even when it's offered to them. Their skin color turns ghostly white from the lack of food. Marine biologists made the discovery while visiting the deep-sea using a specialized remotely-operated vehicle at 1,397 meters (4,583 feet) deep. They found a female Graneledone boreopacifica protecting its eggs. The octopus hadn't been there a month earlier. The vehicle returned to the site 18 times over the next 4.5 years.

Only to find the same octopus covering her eggs. The mother refused food when the vehicle offered her pieces of crab. The continuous growth of the eggs confirmed it was the same clutch. During the last visit, the eggs were empty and the mother was gone. Biologists believe that this behavior is mainly for protecting from predators. Moreover, these eggs require a constant stream of oxygen.

Therefore the mother squirts water on the egg brood repeatedly which basically gives eggs access to oxygen. Many octopus mother are known to lay eggs only once in their lives. The mothers usually die soon after the eggs hatch. The mother's behavior and multiple genetic evidence suggest that post-reproductive death is an active process. The mother's death guarantees she will not consume her young.