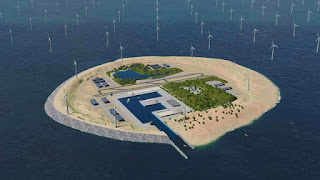 Denmark wants to build an artificial island to distribute wind energy. It will be the largest construction project in Danish history. The energy hub will provide enough energy to 10 million European households and it will be built on an artificially constructed island. The island is expected to have a total area of at least 120,000 square meters (46 square miles). It is located 80 kilometers (50 miles) from the shore of the peninsula Jutland. The island is bigger than 18 standard football fields and it will produce yet unrevealed amounts of green electricity. 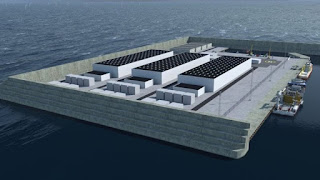 Researchers said that by 2030 the energy island will decrease greenhouse gas emissions by 70% of 1990 levels. Researchers established 2 energy hubs and offshore wind farms. One built on the artificial island in the North Sea and one at the Danish island Bornholm. The energy hub will serve as an offshore power plant gathering and distributing green electricity to countries surrounding the North Sea. Offshore wind energy can be used to produce climate-friendly fuels for shipping and heavy industries or heavy-duty vehicles. The 2 hub initial capacity will be 5 GW (gigawatt). 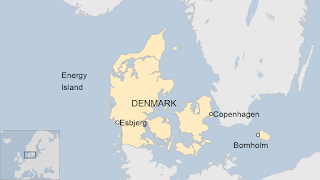 It is triple the current installed offshore capacity in Denmark. Later, the government will expand the hub to provide a capacity of 12 GW in total. Around 200 wind turbines are expected to be ready in the first phase of the project which will provide 3 million European households with green energy. This project will show the big potential for European offshore wind. The hub will strengthen the combination of Europe's power grids and increase renewable electricity production necessary for a climate-neutral Europe. The artificial island will offer the best opportunities to expand the project.

Such as building a harbor and facilities for storage. In addition, it will manage the conversion of green electricity from the nearby wind turbines in the sea. Researchers hope to store green electricity on the island convert it to liquid green fuel and send it to Denmark and neighboring countries. The Eu has set a goal to achieve climate neutrality by 2050 with a target of 300 GW.