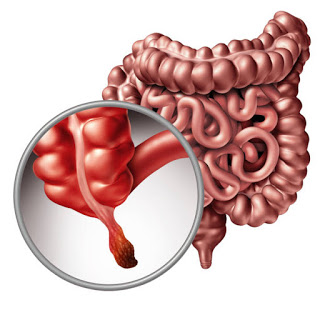 Unlike what most people believe, your appendix has some very important functions in your body. For years, physicians believed your appendix was a vestigial organ, just like your wisdom teeth and tail bone. While we still have these body parts, it seems like they don't do much in the modern human body. But here is the twist: your appendix is much more than just a ticking time bomb in your abdomen. A study examined the evolutionary basis for the appendix in mammal species and the results showed that the appendix evolved at least 30 times among different lineages over the past 11  million years.
And once the organ appeared, it was never lost. That's one stubborn organ. So why did appendix keep reappearing in humans across millions of years? What exactly is good for? Before you decide to remove your appendix without a good reason have a look the top 5 important functions of the appendix. In humans, the appendix strengthens and supports the immune system. Your appendix has a high concentration of immune cells within its walls and function as a lymphoid organ.
Lymphoid organs help in the maturation of immune cells called lymphocytes. The human appendix helps in the maturation of specific lymphocytes called B cells. These B cells are responsible for producing antibodies that attack the invading bacteria, viruses and toxins that are harmful to your body. Your appendix is also involved in the production of certain molecules that help direct the movement of lymphocytes to various other locations in the body.
A type of antibody called immunoglobulin A  is produced in the appendix. This antibody plays an important role in mucosal immunity. Your appendix is also a storehouse for beneficial bacteria. These good bacteria help the gut recover from infections and protect the intestines from further infection by harmful bacteria. Research shows that people whose appendix has been removed are 4 times more likely to have a recurrence of a bacterial infection that causes diarrhea, fever, nausea and abdominal pain.
The appendix is also believed to help fetuses develop. The development of the appendix begins during the 5th fetal week and shows very rapid development early in life. It is at its longest in size in childhood and diminishes in size throughout adulthood. Special cells, called endocrine cells, appear in the appendix of the human fetus at the 11th week of development. These special cells in the fetal appendix produce important neurotransmitters and hormones which help in various biological control mechanisms and metabolic processes that are needed for normal development.
Finally, the appendix can be used in various repair procedures for parts of the gastrointestinal system. The appendix can be used to replace sphincter muscles and diseased ureters which allows urine to flow from the kidneys to the bladder. The flexibility of the appendix is remarkable and it is one of the few organs that can shift its function. That is why the organ, which was once considered vestigial is now a backup for various reconstructive surgical techniques.
Science update Slider