Your brain still works after death 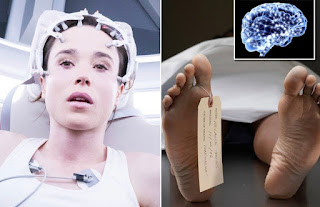 After you die, your brain continues to work for more than 10 minutes. Our current understanding of death is very simple. We consider people dead the moment their hearts stop working. The respiratory and circulatory systems are no longer functioning. The body has shut down and life ceases to be. But there is more to it than that! Despite having a functionally dead heart, your brain will continue to work. In fact it might be the last part of your body to die. Moments before death, your brain receives a surge of electricity. No one knows why it happens!

It also begins to lose oxygen. Even after your breathing and heartbeat stop. You are still conscious for about 2-20 seconds. This is because the cerebral cortex can last without oxygen. This part of the brain is responsible for thinking and decision-making. It's also responsible for converting the information gathered by your senses into actions. Despite this activity in the cerebral cortex you lose all reflexive and muscular ability before death. At this moment, the brain is experiencing its last minutes. Brain cells are activities chemical pathways that would lead to their ultimate death. 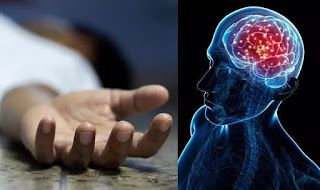 A pump of oxygen is what stand between you and your final moment. If someone manages to restart your heart through CPR or life support. Your brain will receive enough oxygen to wake up again. If there is no oxygen, your brain begins to surrender. Most of your brain is now dead but there is one final place that doesn't give up so easily. This is the memory center which stores the most emotional memories you've ever experienced. This region is your brain is not susceptible to blood loss even during serious injuries. Ans it's the last part of your brain to shut down.

But before shutting down the memory center flashes moments from your life right before your eyes. When doctors turned off life support for terminal patients declared clinically dead. The brain appeared to be active for more than 10 minutes. And when they scanned electroencephalographic (EEG) recordings in these individuals. The found striking differences between each one of them. This probably means that every one of us will go through a unique experience when we die. 2 days after death, more than 1,000 genes are still working in the body.

Some of these genes are highly active, and they have very important functions. Stimulating inflammation, firing up the immune system and counteracting stress. But some of genes are only switched on during embryonic development. Is it possible that the body is trying to save itself from imminent death by reverting to a cellular stage? Some of these, however, promote cancer growth. Why would the body initiate cancer growth even 2 days after death? What is the purpose of promoting cancer in a dead body? Mysterious indeed!

It is possible that our understanding of death is false. Is it ethical to pronounce people dead when some parts of their body are still working? And what does this mean for those whose organs are donated immediately after death? Should we be more careful when conducting autopsies on dead bodies? Only more times and more research will reveal this to us.