HIV patient fully without drugs thanks to his rare immune response! 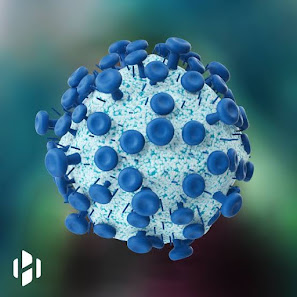 A patient fought HIV without any anti-viral drugs and won, a new study reveals. Researchers analyzed 1.5 billion cells from this rare case and found no trace of the virus. Some people may naturally be able to cure themselves of HIV infections. Now it appears that a person may have cleared functional HIV with no outside help. This could be the first known case of a spontaneous cure. Previously, two patients infected with HIV have had levels of the virus drop to undetectable levels after bone marrow transplants.

Analysis of more than 1.5 billion cells taken from one patient showed no functional HIV copies in any of them. The patient still had some nonfunctional copies of the virus. Researchers are not sure if the intact virus could be hiding in a cell. But the study suggests that some people's immune systems can eliminate the virus. A second patient had just one functional copy of HIV in more than 1 billion blood cells analyzed. That copy of HIV was stuck in what they called "genetic supermax prison".

That genetic lockup may be key to being able to naturally control the virus. Those two people are part of a care group of people known as elite controllers. Elite controllers can maintain very low levels of HIV without antiretroviral drugs. These people have no symptoms or clear signs of damage from the virus. 99.5% of the world's 35 million people infected with the virus need drugs to maintain the body's control over the virus. Drug-free control of HIV replication is naturally achieved in less than 0.5% of infected individuals.

Elon Musk plans to send humans to Mars by 2026

Elon Musk says SpaceX plans to send its first crewed mission to Mars in just 4 years. SpaceX's founder Elon Musk said that he's "highly confident" that the company will launch astronauts toward the Red Planet in 2026. He added that the launch could possibly come as early as 2024. Musk plans for the astronauts include staying on Mars, not just travelling there. The starship will need 6 months to reach Mars which means astronauts inside the starship will be exposed to cosmic radiation. Also, it is not clear yet how astronauts will have enough food, supplies and fuel before returning back to Earth.  Musk said they will try to send an uncrewed vehicle to Mars in 2 years. The two-year target date is related to orbital dynamics. Earth and Mars align once every 26 months in a way that is favorable for interplanetary launches. This mission's starship is 50 meters (165 foot) tall. It will be launched from Earth atop a rocket known as "Super Heavy". The company bu