Our dreams are continuations of reality, new study reveals 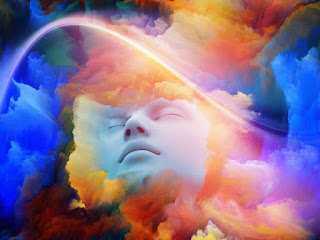 Scientists analyzed 24,000 dreams to confirm the "continuity hypothesis" theory. The team developed an automated tool to extract data from dreams and analyzed their content. Many theories tried to explain where dreams come from. Ancient civilizations have interpreted dreams as having supernatural or spiritual origins. But in the modern age, we look for meaningful connections linking the content of dreams with our daily lives. One influential theory called the "continuity hypothesis of dreams" suggests that most dreams are a continuation of what is happening in everyday life. In this theory, everyday events impact our dreams. Anxiety during the day leads to negative dreams in the night.

Dreaming impact your problem-solving skills. These psychological theories were first introduced by Sigmund Freud who interpreted dreams as having hidden meanings. These hidden meanings could be examined within the context of a person's real-world experiences and interactions. In contemporary dream analysis, therapists try to help patients interpret their dreams by looking for patterns, symbols and clues that can be connected to their life. But these techniques may be slow and time-consuming.

In the new study, a team of scientists found a way to automate this process. The scientists tracked people's dreams on a massive scale analyzing a set of 24,000 dreams from a giant public database of dream reports. Then they designed a tool that automatically scores dreams reports based on the "Hall and Van de Castle" dream analysis scale. The "Hall and Van de Castle" system codifies dreams based on the characters that appear within them and their interactions.

The scientists tested the "continuity hypothesis" at this large scale. They found that their tool almost matched dream expert's reports. They also found in their data evidence to support the continuity hypothesis. Researchers say such technologies will make it easier for us to quantify important aspects of dreams. They could even bridge the gap between real life and dreams.