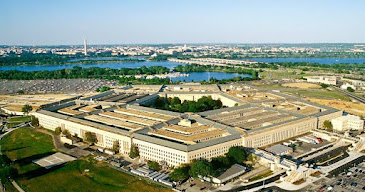 The Pentagon confirmed the authenticity of a video of unidentified aerial phenomena. The US Defense Department has confirmed that leaked photos and videos are truly legitimate images of unexplained objects. The footage of the "Unidentified Aerial Phenomena" (UAP) was taken in 2019. The photos and videos show triangle-shaped objects blinking and moving in the sky. The Pentagon said these were taken by members of the Navy. They also confirmed that photos of 3 unidentified flying objects were also taken by the Navy personnel. One Object was identified as " sphere" shaped, another "acorn" shaped and a third was described as a "metallic blimp".

One year ago, the Pentagon created the Unidentified Aerial Phenomena, Task Force to investigate UFO sightings observed by the military. The Task Force said it currently examining the footage. the US navy also said that they are aware of a number of unauthorized or unidentified aircraft entering various military zones. These were reported on different occasions in recent years. There is no agreement on their origin of these UAPs. Some experts believe they may be drones potentially operated by earthly adversaries seeking to gather intelligence rather than extraterrestrial.

But after a US Senate Intelligence Committee vote the Pentagon and intelligence community are now required to provide a public analysis of the encounters.  Experts believe that the Pentagon wants to decrease confusion caused by public UFO sightings. Therefore it needs to better understand flying objects by receiving reports from Navy pilots and sailors. The US National UFO Reporting Center received over 3,700 reported sightings in 2018. In 2019, the total number reached 6,889.