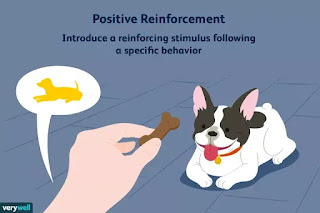 Spanking or slapping children as a form of punishment appear to pave the way for harmful outcomes that are discernable in adolescence. A new study, published in the Canadian Journal of Psychiatry, revealed that teens who had been spanked or slapped as children had increased odds of presenting with mental health issues, physical health problems, and defiant behavior.
While the American Academy of Pediatrics has condemned all uses of physical punishment against children, many parents still consider spanking an appropriate form of discipline. Spanking tends to fall under the radar in that it is often characterized as a “milder” form of physical punishment that is less harmful than others. Yet, the literature consistently shows that spanking leads to harmful outcomes among children.
“There is a large body of evidence that indicates that spanking is harmful. There are no studies showing benefits for children. Despite this, some parents continue to use spanking to discipline children. More work is needed in an effort to prevent spanking,” said study author Tracie O. Afifi, a professor and the Canada Research Chair in Childhood Adversity and Resilience at the University of Manitoba.
Some research has suggested that childhood spanking may even alter the structure of biological processes and contribute to the use of dysfunctional coping strategies. Still, Afifi and her colleagues noted that the past research on spanking was not without its limitations. One of the difficulties in studying the effects of spanking is that physical punishment often co-occurs with other forms of abuse, and it can be difficult to isolate the effects of a single type of physical punishment alone. To further the research on such an important topic, Afifi and her associates conducted their own study.
The researchers collected data from a sample of 1,883 adolescents and their caregivers, all of whom were living in Ontario, Canada. The adolescents were between the ages of 14 and 17. Interviews with the teens were conducted to assess the presence of mental health disorders and defiant behaviors (e.g., bullying, using a weapon to hurt others, stealing, skipping school). Caregiver interviews provided information on the adolescents’ history with physical health conditions (e.g., diabetes, epilepsy, asthma).
To assess childhood spanking/slapping, the adolescents were asked how often their caregivers had spanked them on their bottoms or slapped their hands as children. They were also asked questions to assess whether they had experienced any emotional abuse, sexual abuse, physical abuse, physical neglect, or exposure to violence during childhood.
The researchers found that 18% of the sample reported having experienced spanking/slapping 3 or more times during their childhood. An analysis of the data revealed that these adolescents were significantly more likely to have a mental health disorder or a physical health condition compared to those who had reported being spanked or slapped 2 times or less. They were also more likely to show deviant behaviors, such as shoplifting or physically hurting others.
Importantly, these associations remained significant after controlling for sociodemographic variables, childhood adversities (e.g., parental drug or alcohol abuse, parental separation), and child maltreatment.
The authors said their study contributes to the literature by isolating the effects of spanking/slapping and showing that this form of physical punishment is associated with detrimental consequences independent of childhood adversities or child maltreatment.
“All forms of physical punishment even if perceived to be mild are associated with an increased likelihood for poor outcomes for adolescents including physical health problems, mental disorders, and defiant behaviors. Together with other research, the current study provides further evidence that spanking/slapping should not be used on children and adolescents,” Afifi told PsyPost.
The authors also noted that although some adults endorse the use of spanking as a corrective behavior, believing it to reduce delinquency, their study revealed that a history of spanking was actually associated with more defiant behavior in adolescence. The researchers say future longitudinal studies will be important to zero in on the interplay between spanking/slapping and adolescent outcomes.
“This study was cross-sectional and inferences regarding causation cannot be made,” Afifi noted. “We need to better understand successful ways to help parents replace spanking/slapping with non-physical discipline.”
The study, “Associations between Lifetime Spanking/Slapping and Adolescent Physical and Mental Health and Behavioral Outcomes”, was authored by Janique Fortier, Ashley Stewart-Tufescu, Samantha Salmon, Harriet L. MacMillan, Andrea Gonzalez, Melissa Kimber, Laura Duncan, Tamara Taillieu, Isabel Garces Davila, Shannon Struck, and Tracie O. Afifi.
featured Health Science Science Slider