Scientists discover a psychedelic drug that doesn't cause hallucinations 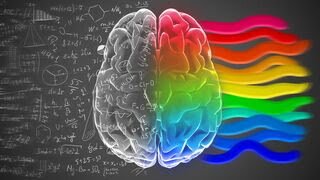 Scientists discovered a psychedelic- like drug without the hallucinogenic side effects. Psychedelic drugs have shown premise for treating neuropsychiatric disorders like depression and posttraumatic stress disorder. However, due tot heir hallucinatory side effects some researchers are trying to identify other alternatives. Such drugs could offer the benefits of psychedelics without causing non-therapeutic hallucinations.

The drug that can produce rapid long-lasting antidepressant effects in mice. The drug doesn't cause any hallucinogenic sensations. The molecule acts on the same serotonin receptors in the brain as antipsychotic drug like clozapine psychedelics like LSD. The drug promoted neuronal growth and producing beneficial behaviors in rodents for weeks after a single dose.

Researchers have identified the drug through the development of genetically encoded fluorescent sensor. The "psych light" sensor can screen for hallucinogenic potential by indicating when a compound activities the serotonin 2A receptor. The serotonin 2A receptor is the target of the both psychedelic drugs and classic antipsychotic. Serotonin reuptake inhibitors have long been used for treating depression.

The sensor allows researchers to image serotonin dynamics in real time when animals learn or are stressed. The sensor also visualizes the interaction between the compound and the receptor. One of the benefits of using psychedelic drugs over existing drugs is that they appear to promote neural plasticity. Neural plasticity allows the brain to rewire itself.

This approach could lead to drug that works in a single dose or a small number of doses. Current antipsychotics and  antidepressants are taken for indefinite periods of time. But researchers don't know weather patients would gain neural plasticity without undergoing the "psychedelic trip" part of the treatment.