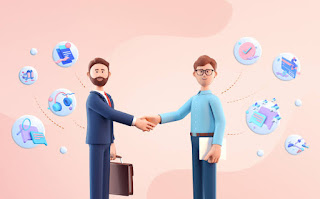 The language and text messages of couples become more similar as the relationship grows. Previous studies have shown that people with similar language styles are more romantically compatible. But this is the first study to investigate linguistic alignment in text messages and writing styles in romantic relationships. The communication accommodations theory hypothesizes that romantic partners’ verbal and nonverbal behaviors become increasingly similar as a relationship develops.

This theory has been studied in a number of different contexts besides face-to-face interactions. This suggests that linguistic alignment increase as partners grow cognitively and emotionally closer. The study analyzed over a million text messages from 41 young couples for a period of 6,243 days. The researchers focused on syntactic, semantic and overall alignment. Syntactic alignment is a “stylistic” measure focusing on how people converse rather than the content of their conversation.

It focuses on the similarity of particular parts of speech or function words such as pronouns, conjunctions and adverbs between conversation partners. Semantic alignment focuses on the actual meaning and content of the words. Researchers also analyze overall alignment to capture features of speech that are not in the dictionaries. These are terms and words that humans use when communicating over text or other digital mediums.

For example, “omw” is an abbreviation for “on my way” which is often used in text messaging. Across all 3 metrics, the researchers found that couples’ linguistic alignment grew similar as the relationship developed. The 3 metrics exhibited exponential growth as romantic relationships form. They eventually leveled off to an optimal plateau.