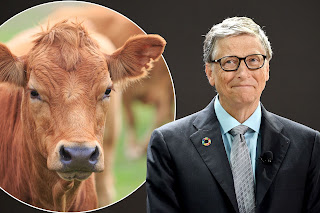 Bill Gates says rich countries should shift entirely to synthetic beef. This is one of the policies he recommends to deal with global warming. Synthetic meat production represents less than 1% of the meat production worldwide but more companies and innovative technologies are paving the way for wider adoption. For Africa developing countries Gates suggests using animal genetics to dramatically increase the amount of beef per emissions for them. The US livestock production is more productive. Their emissions per pound of beef are a lot less than Africa’s production. 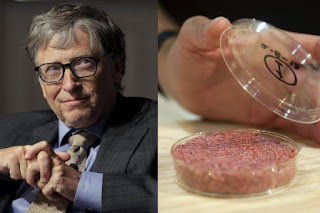 He explains that the poorest 80 countries won’t be eating synthetic meat. But that all rich countries should move to 100% synthetic beef. According to researchers, the biggest challenge for synthetic meat has always been in this area of tissue engineering. Scientists are trying to grow three-dimensional tissues. They have been able to grow bits of meat that become fibrous when they are cooked.

Meat is a great source of high-quality proteins that help children fully develop their brain and body. But animal are fed more calories than the amount extracted from them. Additionally, clearing forests to make more farmland contributes to climate change. Greenhouse gases produced by livestock animals are a key contributor.

Global meat production has tripled over the last 50 years. 340 million tonnes of meat were production in 2018. Production fell moderately in 2019 and was projected to decline another 1.7% in 2020. The environmental impact of meat production remains too high.

More than 75% of total agricultural land is used for livestock with 60% used for cows alone. In addition, livestock requires massive amounts of water. Around 1,750 liters of water are used to produce one hamburger