Viagra could be used to treat Alzheimer’s disease 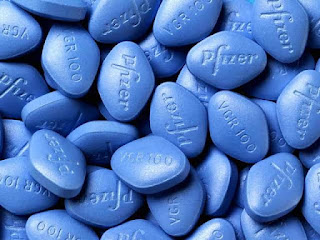 Viagra could be a useful treatment against Alzheimer's disease. A team of US scientists said that users of sildenafil are 69% less likely to develop the form of dementia then non-users. They also found that sildenafil use reduced the likelihood of  Alzheimer's in individuals with coronary artery disease, hypertension and type 2 diabetes. Sildenafil is the generic name of Viagra. It is sold as an FDA-approved therapy for erectile dysfunction. In the study, researchers used computational methodology to screen and validate FDA-approved drugs as potential therapies for Alzheimer's disease.

The team conducted a large-scale analysis of a database of more than 7 million patients. They determined that sildenafil is associated with 69% reduced incidence of Alzheimer's disease. Big data is being used by researchers to connect the dots between existing drugs and complex diseases like Alzheimer's. Researchers say that understanding subtypes of neurodegenerative diseases may help to reveal common underlying mechanisms. This would eventually lead to the discovery of targets for drug repurposing.

The buildup of beta-amyloid and tau proteins in the brain leads to amyloid plaques and tau neurofibrillary tangles. These are hallmarks of Alzheimer's related brain changes. The amount and location of these proteins in the brain may help define subtypes of the disease. Researchers decided that the treatment should target the intersection of amyloid and tau endophenotypes.

From the large database of FDA-approved drugs they found that Sildenafil targets this area. But the findings are incomplete without follow-up clinical trials of the drug's efficacy in patients with the disease. Researchers are now planning clinical trials to test causality and confirm sildenafil's clinial benefits for Alzheimers patients.