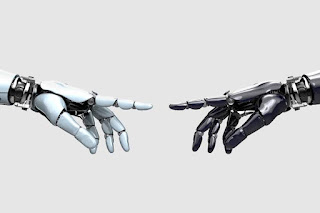 World's first living robots can now reproduce. The US scientists who created the first living robots said that the life forms called "xenobots" can how reproduce. Over billions of years, organisms have evolved many ways of replicating from budding plants to sexual animals to invading viruses. Now scientists have discovered an entirely new form of biological reproduction. And they applied it to create the first-ever, self-replicating robots. In 2020, the team reproduced living frog cells and assembled them into entirely new life-forms. They called these tiny machines "xenobots".

These xenobots are less than a millimeter (0.04 inches) wide. They can easily move toward a target and heal themselves after being cut by researchers. They also might be able to pick up and carry medicine inside a patient. The new living machines are neither a traditional robot nor an existing species of animal. They're a new class of human-made artifact: a living, programmable organism. The new creatures were designed on a supercomputer and then assembled and tested by biologists.

These cells have the genome of a frog but are freed form becoming tadpole. Instead, they use their collective intelligence and plasticity. These computer-designed biological objects spontaneously replicate. No animal or plant know to science replicates in this way. A Xenobot parents is made of some 3,000 cells. On its own, it forms a sphere.

These can make children but then the system normally dies out after that. But with AI, an evolutionary algorithm was able to test billions of body shapes to find ones that allowed the cells to be more effective in kinematic replication. The researchers said that the living machines were entirely contained in a lab. They can be easily stopped as they are biodegradable