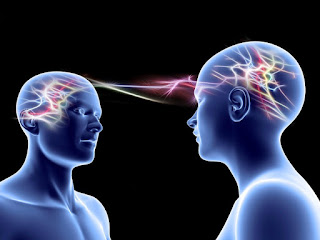 In the near future, people will be able to read each other’s thoughts using artificial intelligence-based neural interfaces that link human brains to computers. A neural interface is a tool that decodes brain signals and coverts them into useful information that can be read by other devices. More uses of the technology are expected to follow, such as allowing people to virtually experience things without being physically there. It’s also possible that such technology may enhance memory improve eyesight, and even allow thoughts to be shared between individuals.

Facebook and Neuralink among other companies, are already working on brain-computer interfaces and by 2040, this technology may become a “standard option” for treating diseases such as Alzheimer’s. Neuralink, for instance has been registered as a medical research company and said that their product will initially help people with serve brain injuries but will later enable them to develop brain-computer interfaces for healthy people enabling them to communicate by “consensual telepathy” and even listening to music directly in their brain.

Facebook is also developing something similar that  would allow people to ‘type’ just by thinking about it. Their device would allow people to write up to 100 words per minute as well as interact in an augmented reality world without the need for hand gestures. However, Facebook is moving away from brain implants and focusing on a non-invasive cap that could track brain activity using optical imaging.

Another company called kernel is also developing a platform for recording and stimulating neurons in order to treat illnesses such as depression and Alzheimer’s well as augment human abilities and merge them with machines. Emotive is yet another corporation in this field, but unlike other companies, they actually make wearable devices for the brain that sell for as little as $299.

Their devices record brain activity that allows people to track their brain activity in real time; measure their brain fitness; and even control drones, robots, and video games with the power of thought.Last but not least in DARPA, the U.S. military’s Defense Advanced Research Projects Agency they are developing a wireless brain implant the size of a nickel that can record 1 million neurons simultaneously and stimulate at least 100,000 neurons.

The device could deliver digital auditory or visual information straight to the brain. The development of artificial intelligence-based neural interfaces has the potential to revolutionize how we think and communicate with each other but its downsides are yet to be explored.